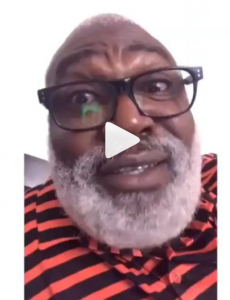 Nigerian man gives a narration of his failed business with his fellow country man, after he was told that he has the skull of Jesus to sell to him, he asked how much it will cost him to buy the skull and was told it will cost him twenty five thousand dollars to get it, although he said he does not have that kind of money to buy the skull, but requested for something very cheap, as requested, the man brought a smaller skull, and told him that it is the skull of Jesus when he was a small boy.