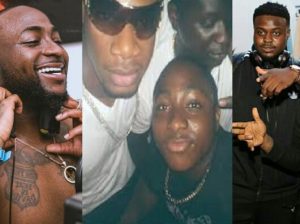 Davido has disclosed how he suffered at Don Jazzy and D’banj’s Mohits for a year before blowing with a hit song.

The Nigerian singer correcting a fan who said he Davido doesn’t have ‘when I never blow’ stage and only came into the music scene with a hit said he has been there before.

According to him, almost all artists have that stage where they were underground artists fighting to be known saying he was at Mohits house for a year before becoming who he is today.

Davido as we all know is from a very rich family but never hard it easy as some people think while shooting to fame despite his father’s money and influence.