Biodun Fatoyinbo, senior pastor of the Commonwealth of Zion Assembly (COZA), has defended David Oyedepo over the sack of 41 pastors from his ministry. 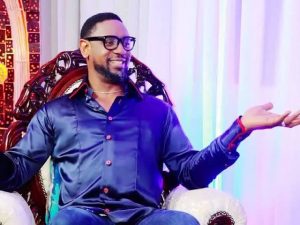 Oyedepo had come under fire after Living Faith Church Worldwide (LFCWW), his church, fired the pastors for not meeting certain growth benchmarks.

The cleric had earlier justified the decision to sack the pastors, describing them as “unfruitful and blatant failures”.

But his stance had further ignited the dust surrounding the matter, particularly on the social media.

In an Instagram post on Friday, Fatoyinbo dismissed criticisms trailing the church’s decision, arguing that there is no room for “laziness and unfruitfulness.”

Fatoyinbo, who shared a video of Oyedepo’s reaction to the matter, wondered if the affected pastors would have announced their sack on social media it they were dismissed by a bank.

“Question! ‘if you were fired in the Bank for not meeting up with your deliverables will you go on social media?” he queried.

Buttressing his point, the cleric also cited the biblical parable wherein Jesus condemned a fig tree for not producing fruit as expected.

“He (Jesus) spake also this parable; A certain man had a fig tree planted in his vineyard; and he came and sought fruit thereon, and found none,” he added.

“Then said he unto the dresser of his vineyard, Behold, these three years I come seeking fruit on this fig tree, and find none: cut it down; why cumbereth it the ground?