The NDLEA announced the development on Sunday in a statement by Femi Babafemi, spokesman of the agency.

The arrests were said to have been carried out in separate operations across the country.

“Operatives of the National Drug Law Enforcement Agency, NDLEA, at the weekend, disrupted the activities of a major cocaine syndicate in Lagos following the arrest of a 56-year-old trafficker, Lawal Lateef Oyenuga, who was on a mission to deliver 400grams of the class A drug concealed in a pair of palm sandals in Jeddah, Saudi Arabia, and the swift follow-up arrest of a wanted notorious kingpin, Wasiu Sanni Gbolahan, popularly known as Teacher, who recruits mules for the cartel,” the statement reads.

“NDLEA operatives attached to the screening point of the Murtala Muhammed International Airport, Ikeja, Lagos had on Thursday 24th November intercepted Lawal Lateef Oyenuga with a pair of black palm sandals packed in the luggage he was going with to Jeddah, Saudi Arabia via Addis Ababa on an Ethiopian Airways flight.

“A thorough examination of the sandals revealed they were used to conceal two parcels of cocaine weighing 400 grams.

“In his statement, Oyenuga claimed he was recruited to traffic the drug by Wasiu Sanni Gbolahan popularly known as Teacher, adding that he was first given some pellets of cocaine to swallow but when he couldnt do that, then he was given the ones concealed in the palm sandals.

“He said he resorted to the criminal trade to raise money to pay an examination fee for his daughter who is in Senior Secondary School class 3.

“The Agency’s database reveals Wasiu Sanni (Teacher) has been linked to some previous attempts to traffic cocaine to Saudi Arabia and Dubai, UAE. He was earlier named as the one who recruited a BRT driver, Bolajoko Muyiwa Babalola, for Lagos socialite and owner of Adekaz Hotels, Alhaji Ademola Afolabi Kazeem (a.k.a Alhaji Abdallah Kazeem Muhammed), to traffic drugs to Dubai.

“A follow-up operation in the early hours of Friday 25th November led to the arrest of the kingpin, Teacher, who specialises in recruiting mules for drug barons in Lagos and its environs at his residence located in Ikorodu area of Lagos. The 64-year-old Wasiu Sanni Gbolahan is a housing and property agent, with seven children and four wives, one of whom is now late.”

The agency said on November 24, one Hopewell Chukwuemeka was arrested in Port Harcourt, the Rivers capital, over the seizure of “1.10kg cannabis concealed in bottles of body cream going to Dubai”.

“In the same vein, operatives attached to NAHCO import shed of the Lagos airport on Tuesday 22nd Nov., intercepted a consolidated cargo from Johannesburg, South Africa via an Air Peace Airline flight,” the statement adds.

“The cargo contained different items, including cloths, cereals, baby toys, drinks, and a set of two big black speakers, which were used to conceal 25 parcels of Loud variant of cannabis, with a gross weight of 5.5kg.

“Similarly, operatives attached to the SAHCO export shed of the airport same Tuesday intercepted a carton of food items used to conceal 500 grams of cannabis going to Dubai, UAE while the owner, Uzoma Kingsley, was promptly arrested.” 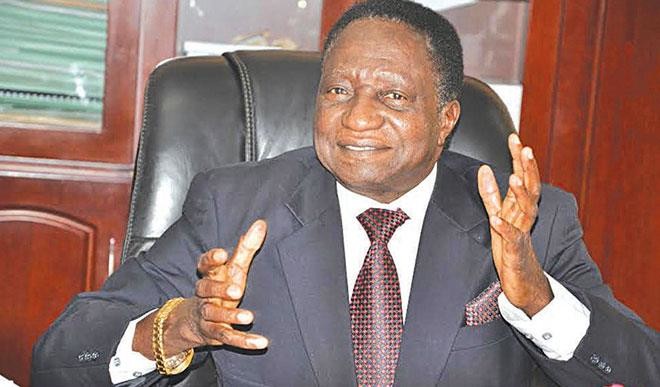 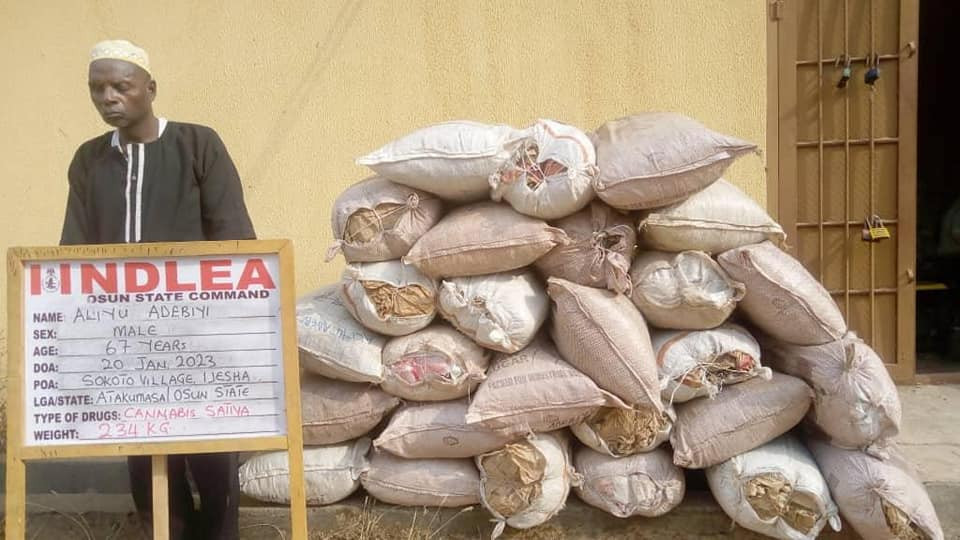 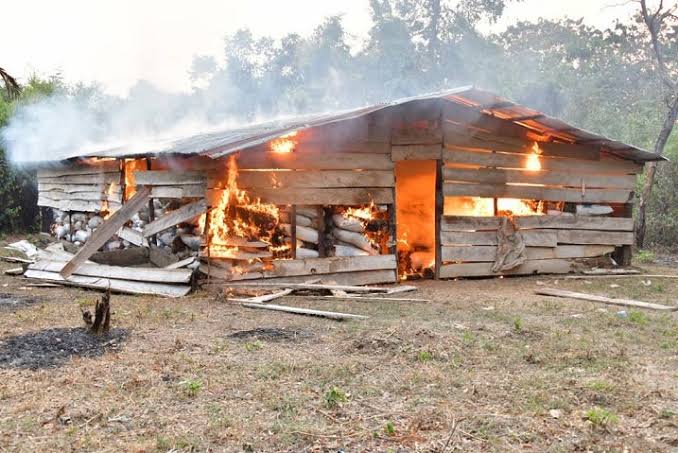