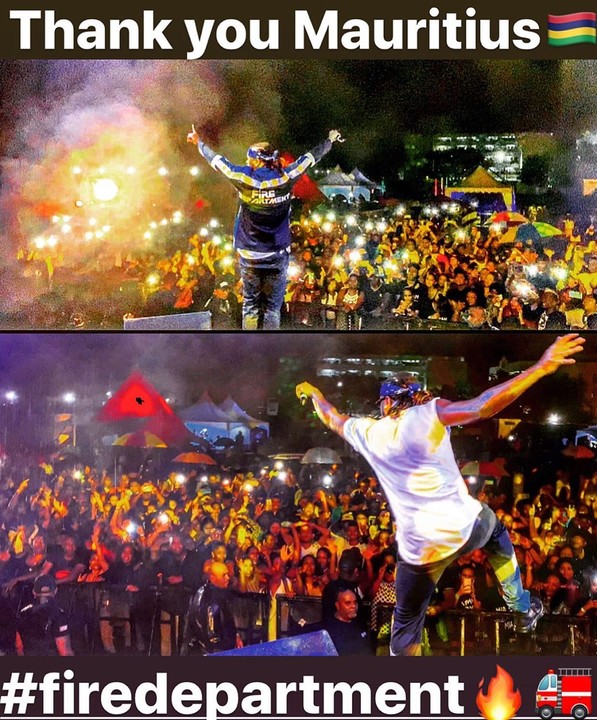 Despite the heavy rainfall in Mauritius, Peter Okoye aka Rude boy fans came out to party with him as he performs and excite the crowd.

The love was so much as people of Mauritius was so happy to see him,The musical performance was one of a kind as Rude boy performs inside the rain to show how much he loves his fans.