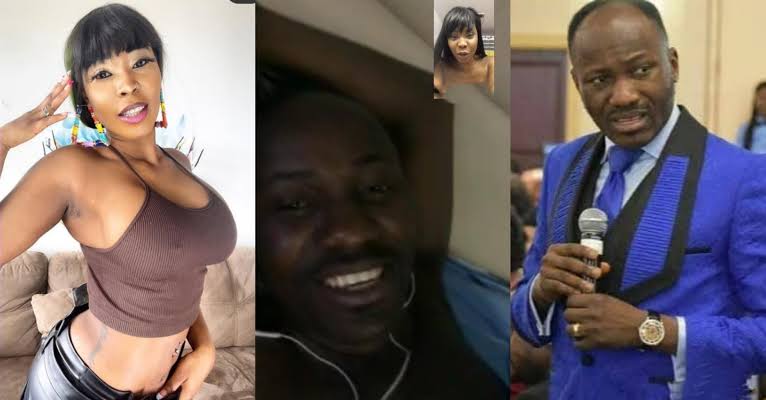 Stephanie Otobo, the Canada-based Nigerian singer, has resumed her attack on Apostle Johnson Suleman, the founder of Omega Fire Ministry.

In April 2017, Otobo accused Suleman of having a sexual relationship with her. She also alleged that he got her pregnant and then gave her a concoction to drink to terminate the pregnancy.

The singer further alleged that Suleman promised to marry her.

But the cleric denied her allegations and took legal action against her. Otobo was later arrested and charged in court.

She subsequently retracted the allegations against Suleman, adding that she was “heavily paid” by powerful politicians and some pastors to blackmail him.

But in a dramatic twist on Monday, Otobo took to her Twitter page to put out what she claimed was “evidence” against the cleric.

The controversial singer shared photos from what seemed to be an intimate video call session with the clergyman with both of them partly unclad.

She accompanied the lengthy thread with a picture of an erected manhood, which she claimed was that of Suleman.

Otobo said she decided to resume her attack on the cleric because “he pushed me to the wall”.

According to her, the only way to get revenge on Suleman is to divulge what transpired between them in the past. 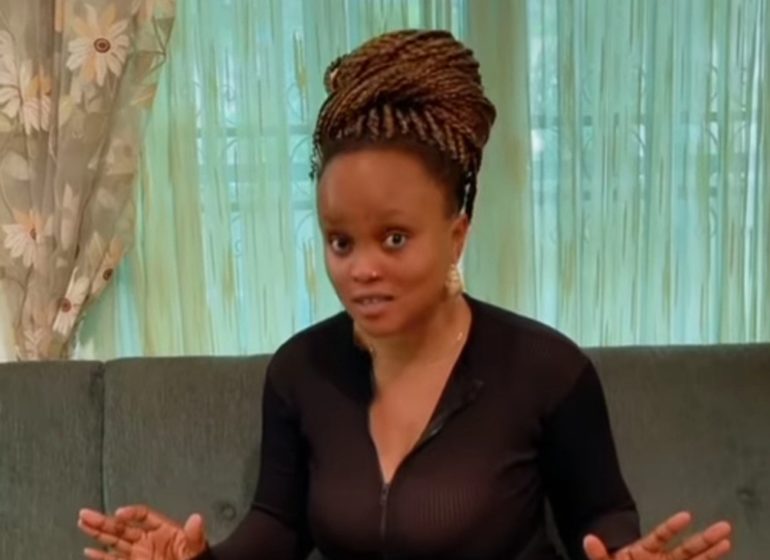 Maureen Esisi, the ex-wife of Blossom Chukwujekwu, the Nollywood actor, has reacted to his new marriage.

Chukwujekwu had his traditional wedding to Ehinome Akhuemokhan, his Edo bride, in Benin city on Friday.

The wedding, which comes about three years after his split from Esisi, has continued to elicit mixed reactions.

Some users had wondered why the actor left the fashionista, arguing that she is “more beautiful than his new wife.”

“Men left a hot thing like you for that… Lol,” a user had written, to which Esisi replied with laughter.

I was robbed at Nigerian airport, DaBaby cries out (Video) Jonathan Lyndale Kirk, the US rapper better known as DaBaby, has claimed he was extorted at the airport before he could make his flight out of Nigeria.

The 30-year-old rapper, who was in Lagos, Nigeria for a music video shoot with Davido, shared his experience at the airport via his Instastory on Thursday.

DaBaby shared a video of himself in the airplane while claiming he had to pay “the whole airport” before boarding his flight. Kate Henshaw, Nigerian actress, has recounted how a Lagos clinic allegedly refused to treat her cleaner who was stabbed on her way to work.

In a flurry of tweets on Wednesday, the movie star said the staff was attacked in the early hours of the day along Idowu Martins street in the Victoria Island axis of the state.

According to her, the cleaner managed to reach a nearby clinic. The fitness enthusiast said on getting to the health facility, the officials allegedly sent her back on the ground that they do not treat knife-related wounds.

Henshaw said the cleaner was eventually taken to another hospital where she was attended to.

The actress, however, did not disclose the name of the health facility that allegedly refused her staff treatment.

The 50-year-old movie star also used the medium to lament the insecurity in the country, adding that “no one is safe”.

In a follow-up post, the actress said the lady told her that the people who attacked her were on a motorcycle.