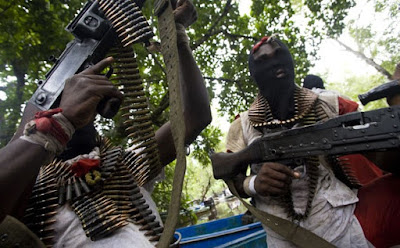 A group under the aegis of Ijaw Community Association has called on the various Niger Delta militant groups to embrace peace and dialogue with the federal government, saying renewed agitation in the region has added more difficulty to the already ailing economy.

It said the activities of various militant groups who have been destroying oil facilities were disrupting economic activities in the region, stressing that they had caused the Nigerian economy to go into recession.

This call was contained in a statement issued on Friday by the Secretary General of the Abuja Chapter of the group, Comrade Bidi Christopher, who noted that the renewed agitation has further aggravated the situation as investors are now moving out to safer grounds.

According to him, “‎the Ijaw community Association in Abuja {IJCA} is using the medium to call these sets of youths under the aegis of various fronts to stop further endangering and hampering the already harsh economy in the region.

‎“This is a call for all present and ex-agitators that there is no need for attacking and destroying oil facilities in the country, making the already dwindling economy more difficult. This has further aggravated the situation making investors leaving the country for safer grounds.”

Christopher noted that despite the economic challenges the present Administration has continued to sustain the amnesty programme.