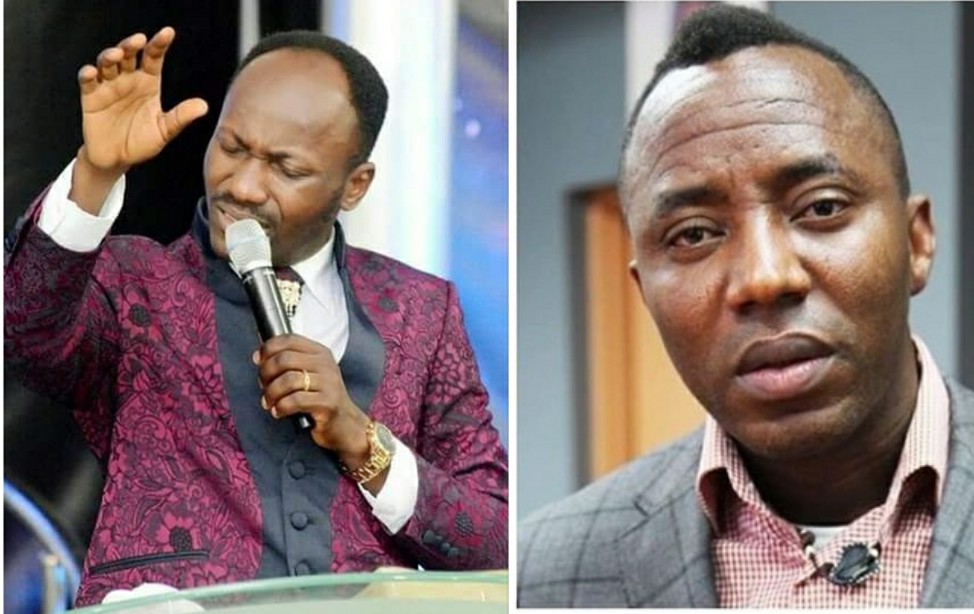 Though Sowore has hurt me, I might stand as surety for him —Apostle Suleman

Sowore, a former presidential candidate of the African Action Congress in the February 2019 presidential election and founder of an online news agency Sahara Reporters, was arrested by the Department of Security Services on August 3, 2019 for alleged treason after calling for a protest