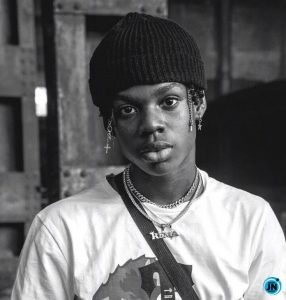 Rema opens up on the life he had before he was picked up by D’prince, who later introduced him to Don Jazzy and now signed under his label. It is clear also that D’prince saw something special about Rema and no matter what kind of money he was making, he felt it was not enough for him, and needed more to prove something to Rema.

recall that just yesterday, Rema performed at the grand final of the big brother naija season finale, and kept everyone glued to their screen with his lovely tunes and stage performance.

I TOLD D’PRINCE SIR I’M MAKING MONEY WHERE I’M AT I THINK I’M GOOD. D’PRINCE SAID TO ME STOP WHAT YOU’RE DOING AND COME TO ME BOY “YOU’RE THE CHOSEN ONE”, THIS MUSIC SHIT IS GONNA PAY IF YOU TRUST ME!