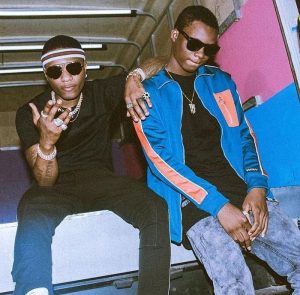 Wizkid’s signee Terri has called on God to help him with his ordeal as he has been left all alone without a manager, team, or anything for the past two years now.
Pouring out his heart in a tweet, Terri prayed to God to save him at Wizkid’s record label because for 2yrs now he has been doing nothing and has no plans to follow.

He then thanked those who played major roles in the release of his album last year as he prays to God to save him because he has nothing now to continue with his career.

Most people have advised him to leave the record label of Wizkid and he opening up with his ordeal there has just fueled that as some people think Wizkid won’t be of any help to him.