2 weeks ago
“Where was this energy when I battled depression” – Tacha lambasts those telling her to be humble
2 weeks ago
Crossdresser Michelle Page calls out actor Mofe Duncan over alleged unpaid debt
2 weeks ago
“Don’t ever berate BBNaija” – Journalist Kemi Olunloyo tells Tacha
2 weeks ago
Veteran actress Iya Rainbow shows off dance steps at a party
2 weeks ago
Constitution Review: CAN Seek Ban Of Under 18 Marriages In Nigeria

Niger State Government has confirmed the number of students abducted by bandits at the Salihu Tanko Islamic School, Tegina, Rafi local government to be 136. 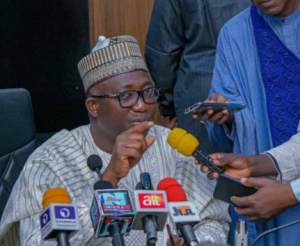 The state Deputy Governor, Ahmed Mohammed Ketso, confirmed the number while giving an update on the situation, at the Government House, Minna.

He gave assurance to the parents of the abducted children that the government was doing its best for the students’ safe return and reiterated the government’s readiness to give continued support to the security agencies.